John Talbot
Chris Walters
Ken Castle
Nick Stokell
A ride of three thirds. The first third was in the Chilterns with five climbs and descents and beautiful scenery. None of the climbs was bonkers hard and nobody had any problems with them. This third ended with a break at Hildreth Garden Centre in Prestwood.

The second third took us north via Stone to Eythrope Park and Waddeson Manor, very pleasant cycling on the private gated roads with no traffic. A short ride from Waddesdon got us to Quainton where the pub has an outdoor café where we had lunch.

The final third was the least pleasant. After climbing back up to Waddesdon we had busier roads and a nasty headwind to Thame and from there the wind and lumpy roads made it quite a tough finale to the ride. 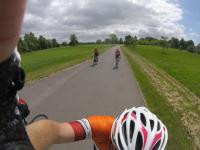 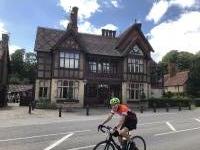 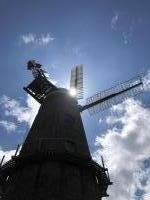 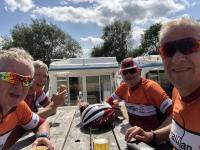