Who Are Corallian CC?

For all information regarding the club please email info@corallian.cc. 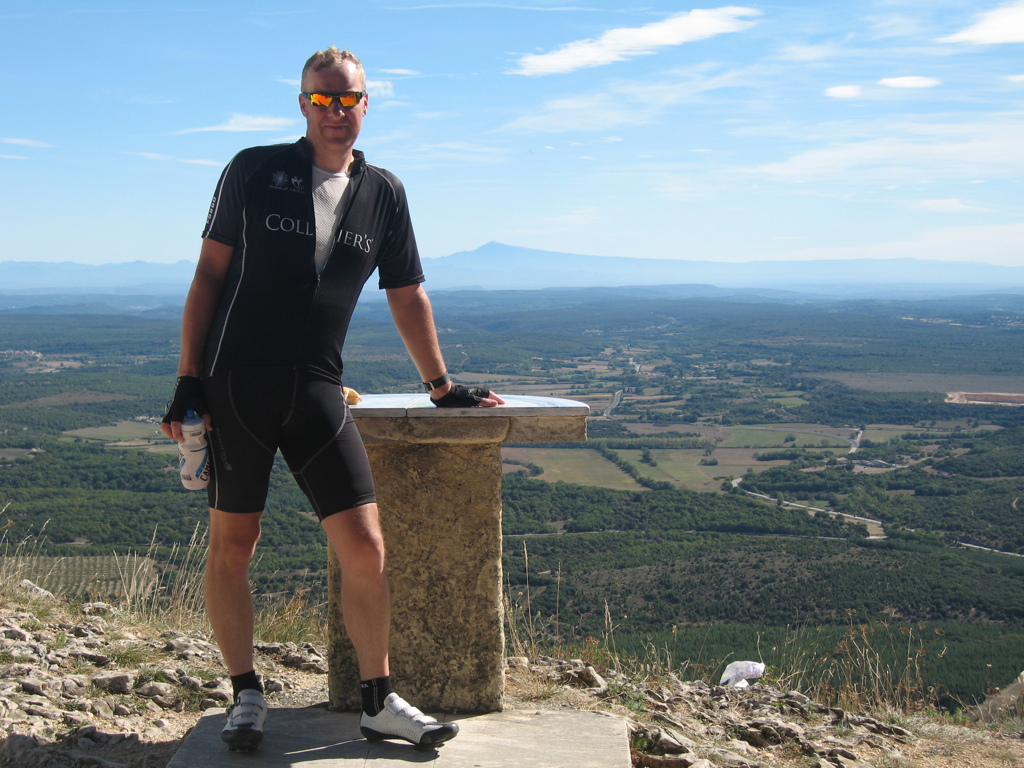 Although a keen cyclist as a teenager it wasn't until 2008 that John discovered his true passion for cycling. This was during the training for an unsupported Land's End to John O'Groats ride to mark his 40th birthday. The LEJOG was completed in 2009 and it was around this time that he also discovered the joy of club and group riding.

An experienced ride leader John has led group rides in many areas, he enjoys creating routes and discovering new places. He still tries to include some cycle touring in his repertoire and has cycled the circumference of Wales in a series of shorter tours.

John is a member of Audax UK and has completed two consecutive RRtYs, he is an audax organiser and is involved in the annual Harlequin Hack and Blowingstone audaxes from Uffington. He rode and completed the 1400km London-Edinburgh-London (LEL) audax in 2017.

Outside of cycling John is an experienced organiser and volunteer, he has been chairman of a local astronomical society for over 10 years and vice-chairman and league secretary of a local table tennis league for 12 years. He is also involved as a volunteer in several other organisations.

When he isn't riding his bike John is a keen runner and ran the London Marathon in 2017, plays league table tennis and is an amateur astronomer. He is a physics teacher at a large secondary school in Berkshire and lives in South Oxfordshire with his wife and two children. 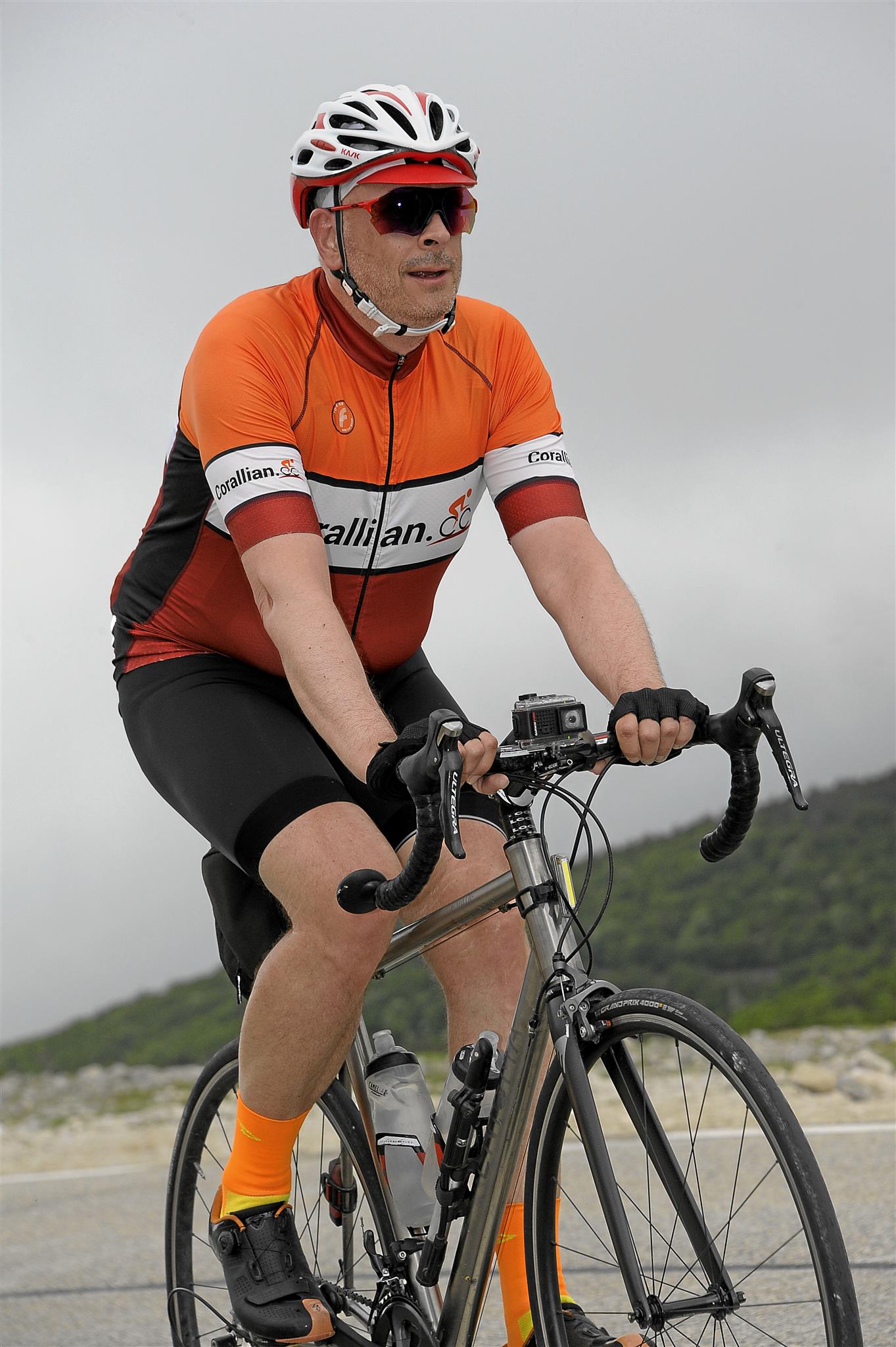 Despite having wasted much of his 20s and 30s white water kayaking, Chris has since come back to cycling with the passion he had in his teenage years.

His main interest is road cycling and he is very familiar with the areas around Wantage, Newbury and Hungerford and can find some lovely obscure places to visit on club rides. Finding new places to ride is a bit of a thing for Chris though, and he has led many rides off the patch including holidays to the Alps, Provence, Languedoc and the Pyrenees, as well as many other parts of the UK.

Chris has held committee posts for a wide range of volunteer groups including cycling clubs, canoe clubs and industry professional groups, where he combines his knowledge of IT and project management, and his ability to initiate change and get stuff done.

Corallian Cycling Club is where it all comes together for Chris, and his enthusiasm for getting the club up and running to be a vibrant and buzzing group is sometimes scary!

Other interests include photography, skiing and playing the guitar, and supporting his family’s continuing obsession with kayaking. 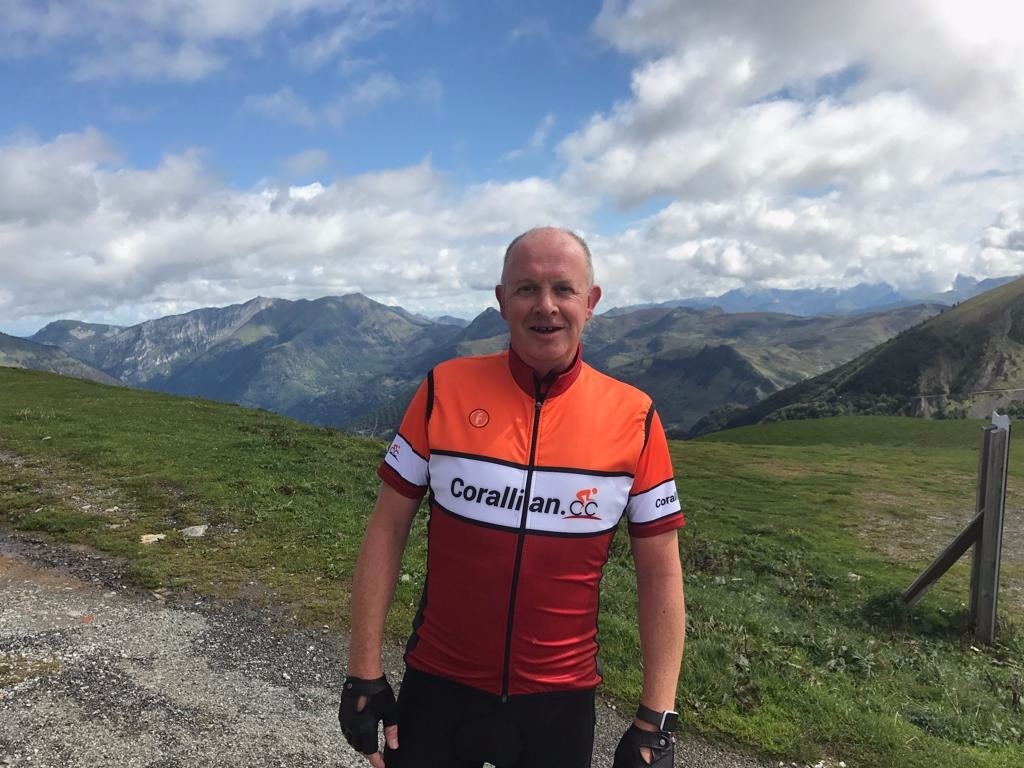 Phil has been a keen armchair sportsman for many years mainly following motor racing and the Tour de France.

He hadn’t cycled much until he bumped into a friend who was training for a Help for Heroes bike ride back in 2010 and decided that he should do something similar. After completing two week long rides with H4H he started riding with John and Chris whose knowledge of bikes, rides and routes was just what he needed as motivation to do more regular riding.

Phil has had a gundog or two over the last 15 years which have kept him busy during the winter months and he also helps out on a local shoot in North Hampshire where he lives with his wife. Phil has three grown up children who do not share his passion for cycling. 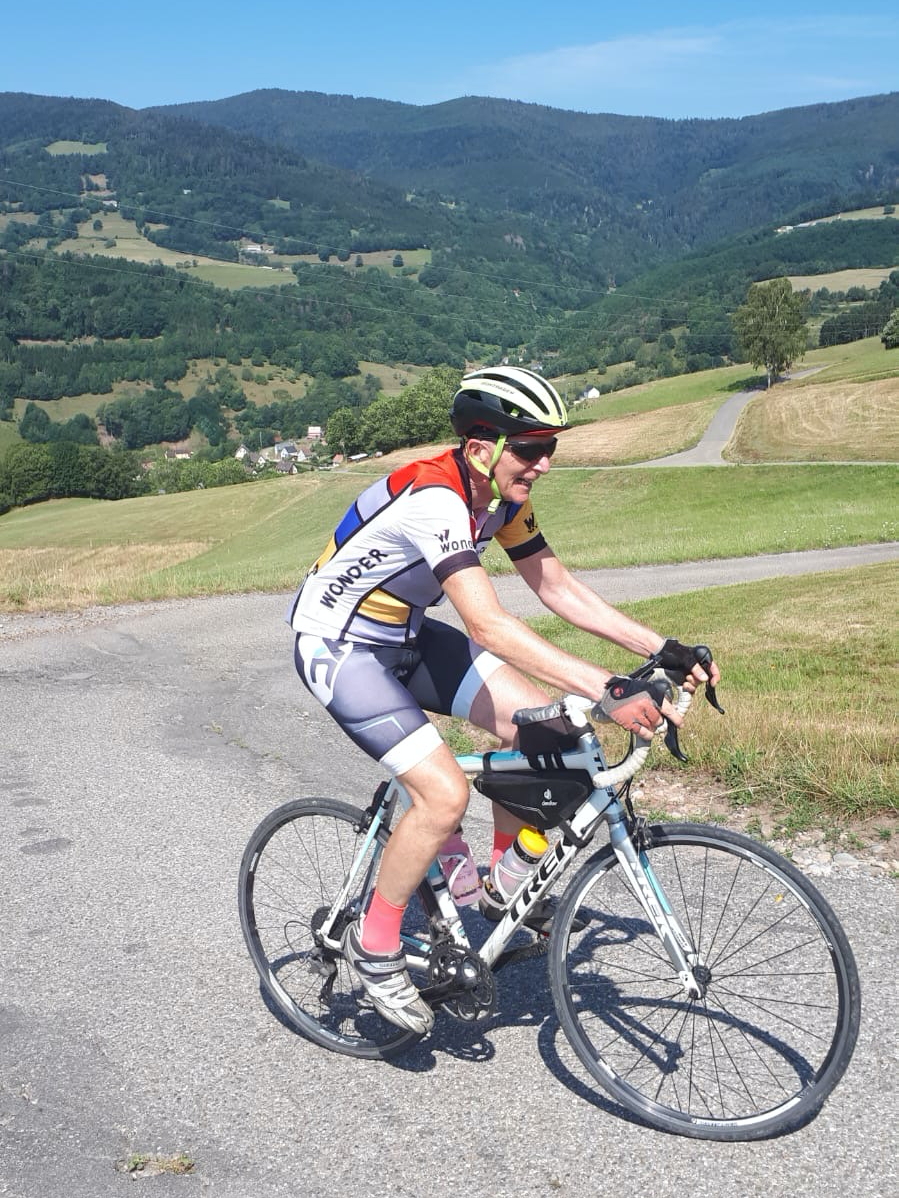 Louis became a regular cyclist in his 20s as a commuter. He then set himself a goal of riding solo to and from the South of France and continued to commute by bike.

The pressures of demanding long distance work subsequently restricted his exercise to running. However, his knees complained. Next up was the gym, but that eventually got boring.

Moving to Wantage some 15 years ago he found the perfect environment to rekindle his interest in cycling. Initially this was solo riding and family rides with his, now adult, children. This interest has been further animated and encouraged through interaction with fellow local cyclists, John and Chris in particular.

Louis is happy taking on the responsibilities of ride leadership and supports the ethos of the club - safe and enjoyable riding.