Chris Walters
Andy Newell
Ken Castle
Nick Stokell
Peter Wrench
A tough day in the heat, and we were into the Hautes Alpes for a lumpy one!

Starting off from the Durance barrage at Espinasses, we were soon climbing, up through a tunnel and then up to the foot of the Col de St Jean. Up and over the top, we took coffee in the hotel in the St Jean ski "resort" and then continued on through the lovely town of Seyne (market day in full swing), Selonnet and over the Col des Fillys.

A chance lunch stop at the Camping La Pierre De l'Aigle (last day of the cafe's season!) was most welcome, before finishing the descent and starting the next climb up the ever-so-hot Gorges de la Blanche. A bit further on we had the Col des Garcinettes to deal with and then we stopped at a hotel for ice-creams in Turriers - very familiar as I'd stayed here on my Provence Tour in 2018!

From then on it was pretty much downhill to the Durance, and a trip along the Gap Irrigation Canal finished off the holiday! 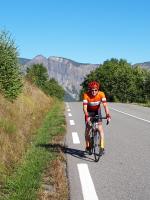 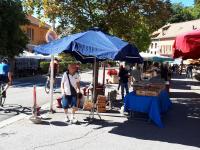 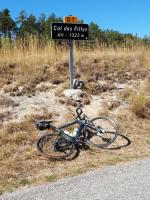 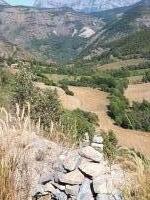 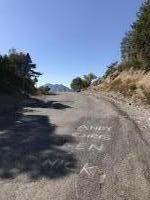 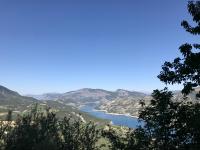 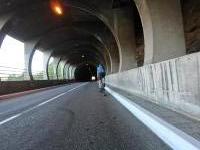 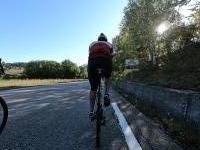 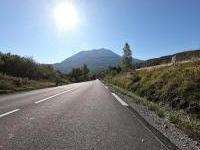 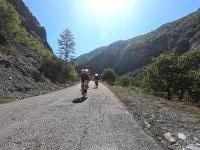 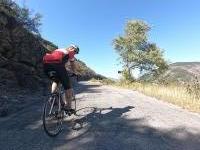 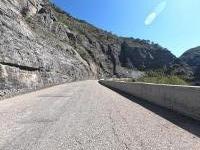 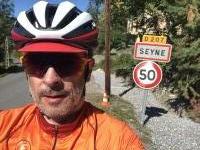