Chris Walters
Adrian West
Louis Hall
Mike Holmes
Nick Stokell
It started off quite nippy, so we enjoyed a good warm-up out through the Vale flatlands. It wasn't long before a clothing readjustment was in order though, just in time for the first major climb of Britwell Hill - a long drawn-out affair that you can see going straight up the hillside from a mile or so back. Did someone say 14%? Anyhow a nice long descent followed through Pishill and Stonor (first reference) Park.

After the turnoff at Middle Assendon, we took a sneaky right from the Boulters Bash route up the rather harsh Fawley Hill stopping at the top next to a graveyard with a rather impressive mausoleum (built 1750 as a family tomb for the Freeman family, of Fawley Court). Back onto the aforementioned route, Nick managed to get a snakebite descending Dudley Lane, so I took the opportunity to tighten my loose headset.

Next it was to Hambleden, where Louis relived memories of his nuptials, and then over the weir at Mill End and through the meadows past Aston, and on to the thronging mass of beautiful people at Henley Regatta. Lunch al fresco at the Henley Piazza was very welcome, as were the ice-creams...

A gentle restart along the banks of the Thames and then up through the delightful Harpsden Valley, Sonning Common, the Herb Farm (second oblique reference) and Tokers (third and final reference) Green, along a pretty rough road before the B4074 (7 Bends of Death) road. The descent into Goring was welcome, and the group wisely played the Streatley Hill Gambit Declined on the other side of the river.

Meanwhile, Nick's front tyre had been getting softer... and as we hit the traffic lights near the A34, a further stop was in order to add a tyre boot this time. A pothole at Rowstock was the final straw for Nick, with another instant flat, at which point he told us to carry on without him while he smoked a Hamlet and did a leisurely final fix.

A tough ride, at a good pace in lovely weather - it was such a pleasure being out today. 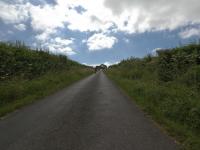 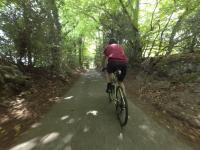 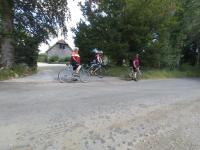 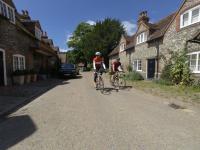 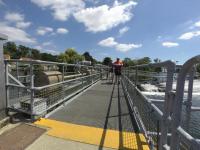 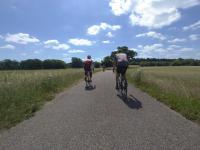 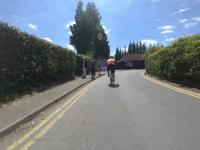 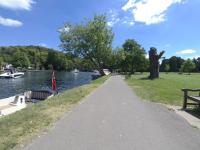