Chris Walters
John Groves
Louis Hall
Nick Stokell
Peter Wrench
Rachel Bennett
Simon Pittard
We diverted from the route in Wantage to avoid the traffic lights, and soon settled into a comfortable pace, out through familiar roads up to Witney. A flapjack stop for Pete turned into a cat-worshipping session, but we headed off soon enough. Louis and John left the ride just north of Witney for their own shorter version, and we carried on through Charlbury up to the lunch stop at the Old Shed, which ad some rather good sunshine at times, but we were reminded that it was only still Spring when the clouds came out and the temperature dropped markedly.

Quiet roads on the way back, especially through the Cornbury estate, which had many rape field at peak yellow.

A quick ice-cream and drink stop in Bampton provided a brief interlude before Rachel punctured at Buckland bridge.... much eyelash fluttering followed and the boys stepped up to do the dirty work (and the promise of buying a round later on may have helped, just a little).

Back at Alfie's, the consensus seemed to be that the beer is slowly improving. 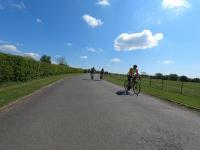 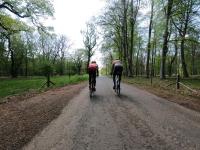 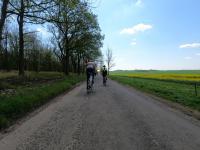 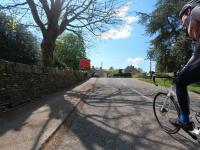 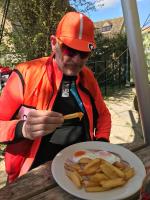 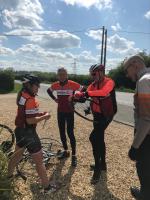